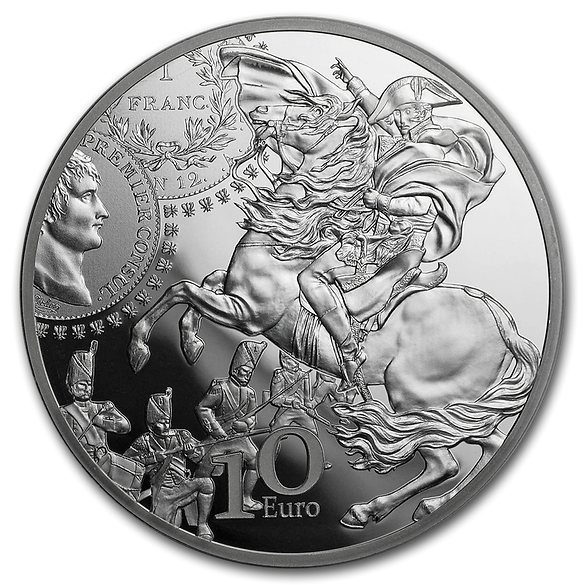 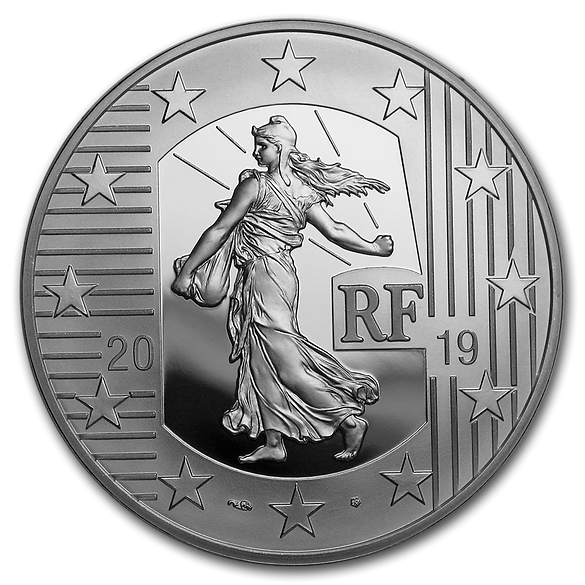 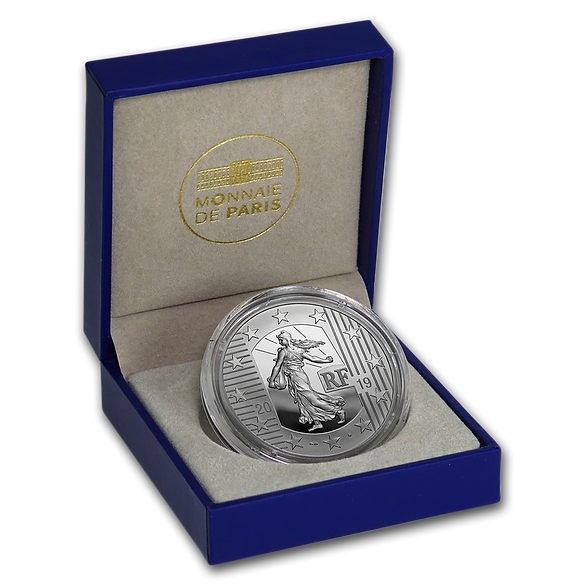 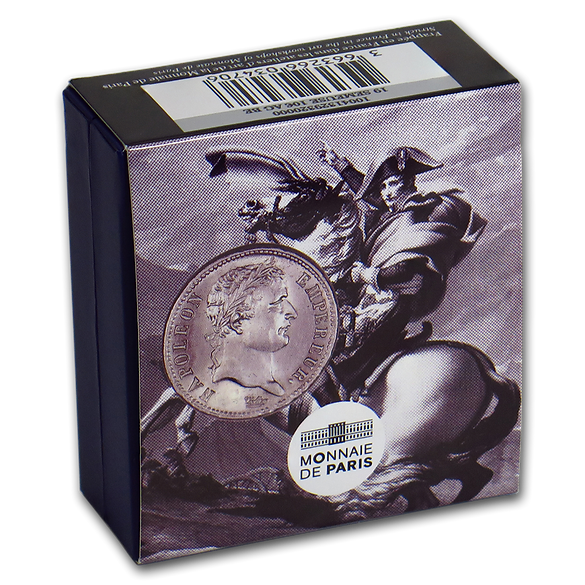 ‍Reverse: Depicts both the Cosulate & Napoleon Bonaparte on his horse with the Great Army, The obverse & reverse of the Germinal Franc are also represented on the coin. Significant facts from this time are also highlighted including the Legion of Honor, the bee and the bay crown.

The Sower series presents the most historically significant coins of France’s history. In 2019, the Germinal Franc is honored. Created under Napoleon Bonaparte, the Germinal Franc was set up to revive the economic activity by fixing a certain weight of metal.

The Franc germinal is the 6th release in Monnaie de Paris' 7-year Sower series which depicts the most historically significant coins in France's history. The Germinal Franc was introduced in 1803 and was struck until 1926. This coin was instated by Napoleon Bonaparte who was the First Consul of the French Republic at the time.

This coin was the first defined by a fixed weight of metal in order to introduce a sound basis and boost economic activity. This was also the first time that the value of the coin was indicated on the reverse. The obverse depicted a profile bust of Napoleon Bonaparte.

The reverse evokes both the Consulate and first Empire period with Napoleon and the Great Army. The obverse and reverse of the Germinal franc are then represented with highlighting the significant facts at this time : the Legion of Honor, the bee and the laurel crown.

The obverse depicts Roty’s Sower in a more contemporary setting.