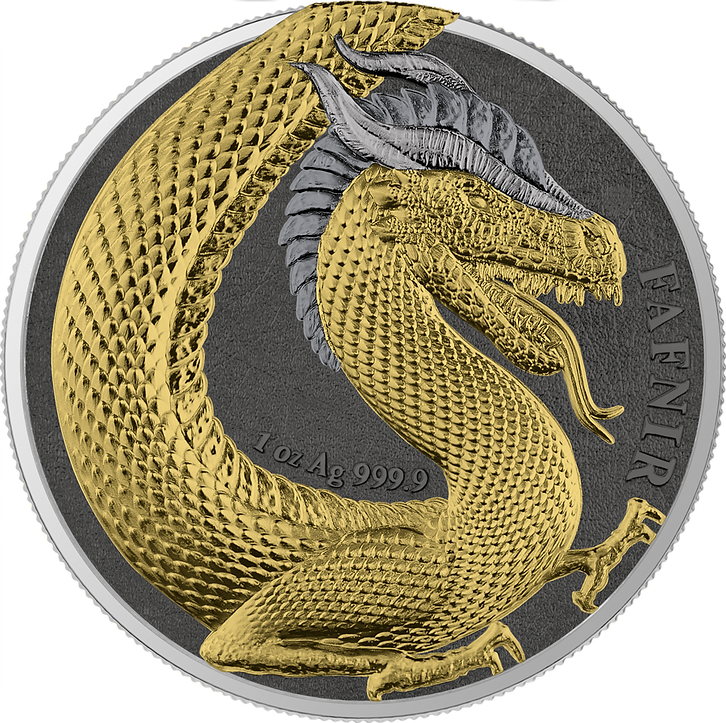 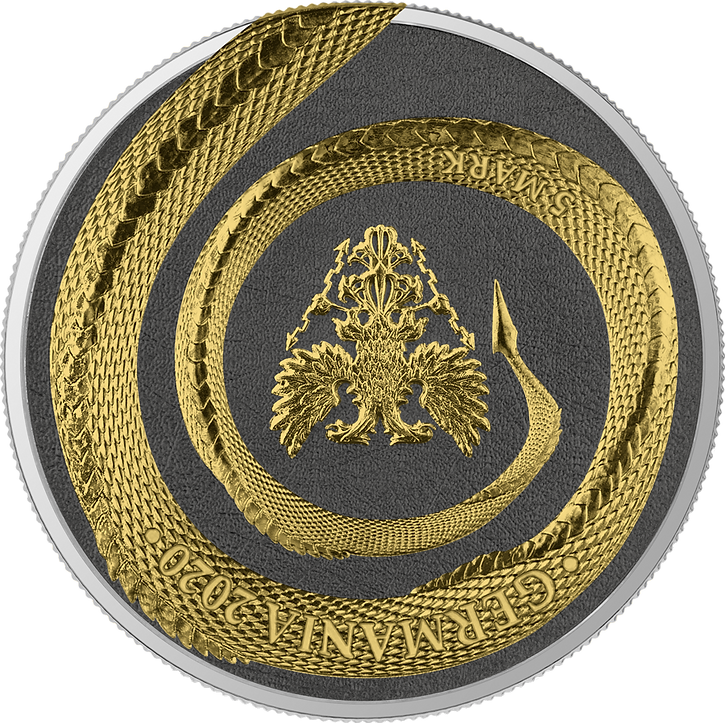 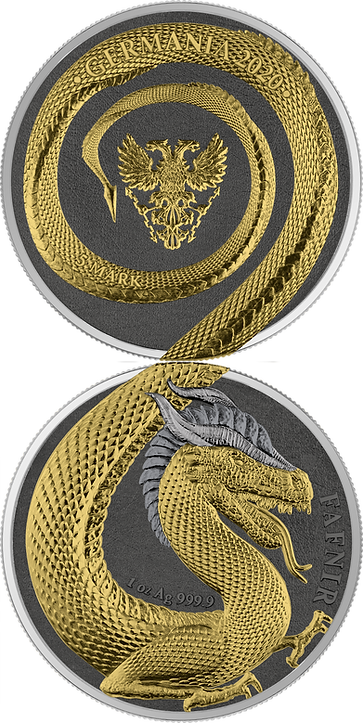 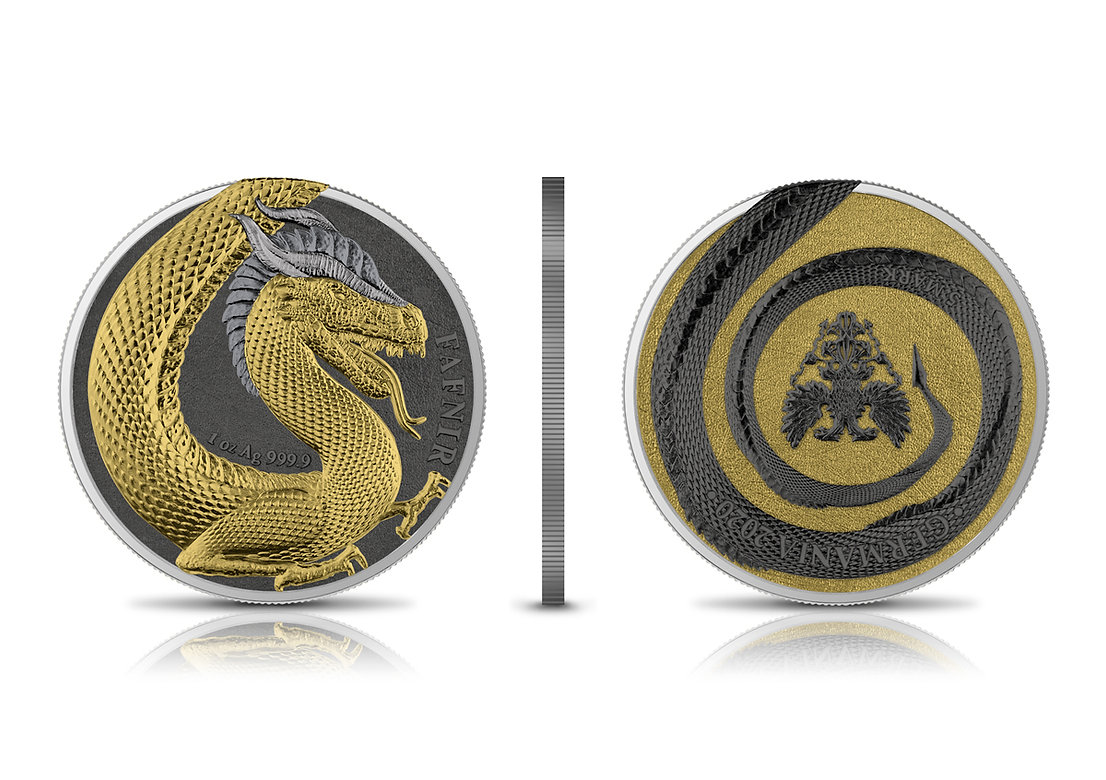 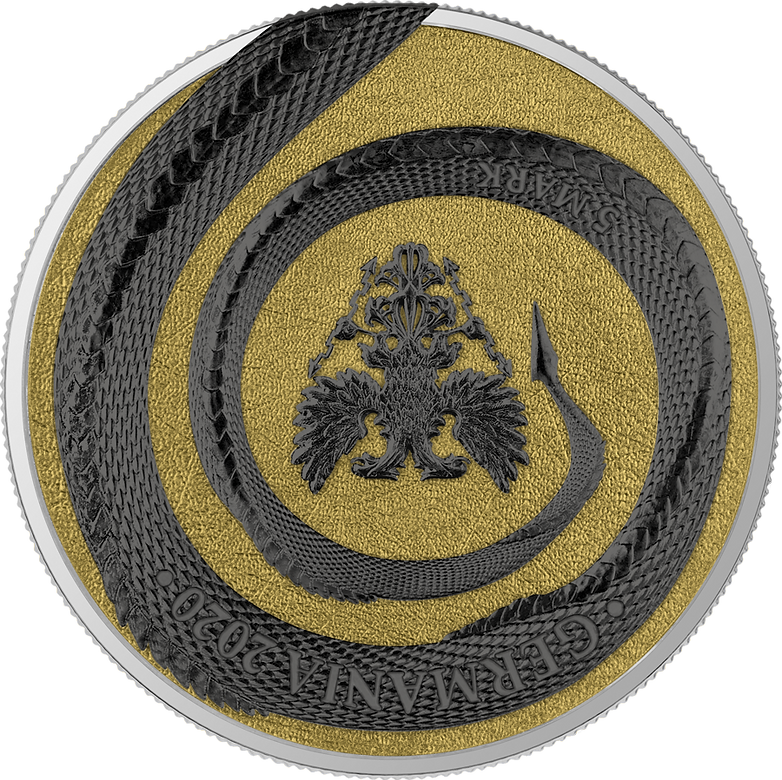 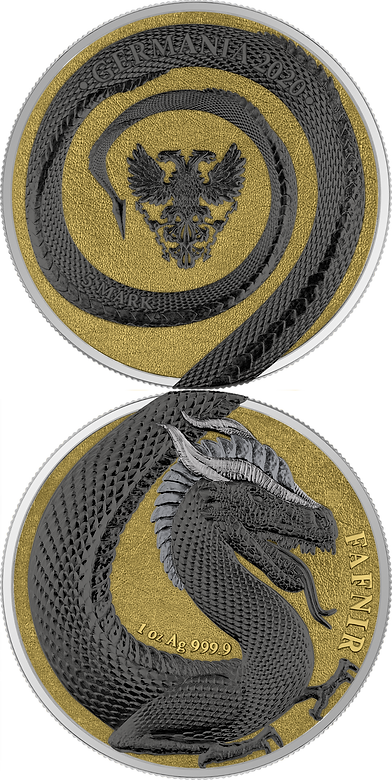 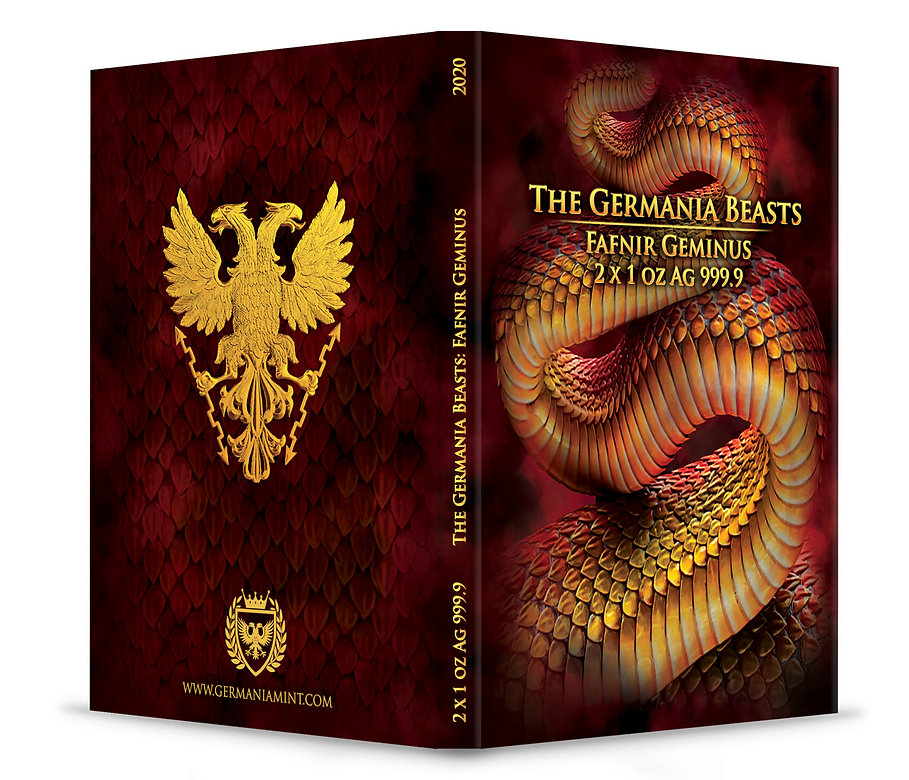 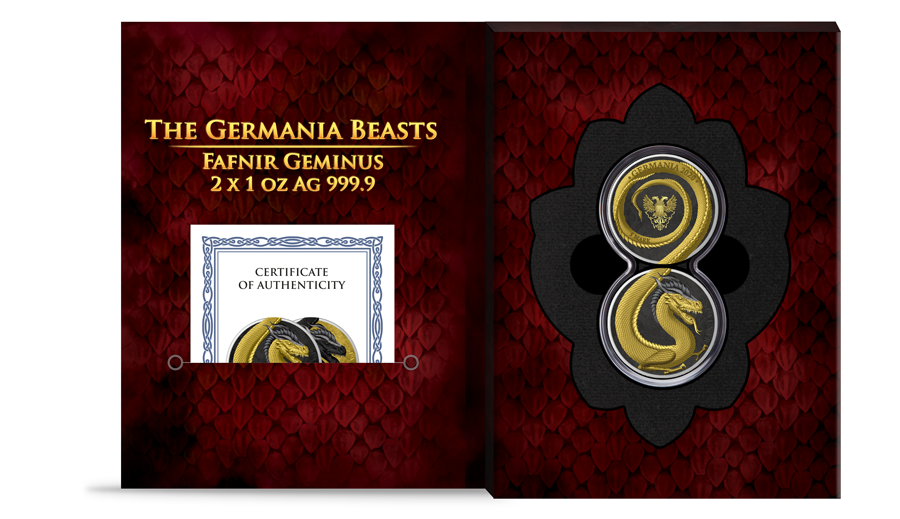 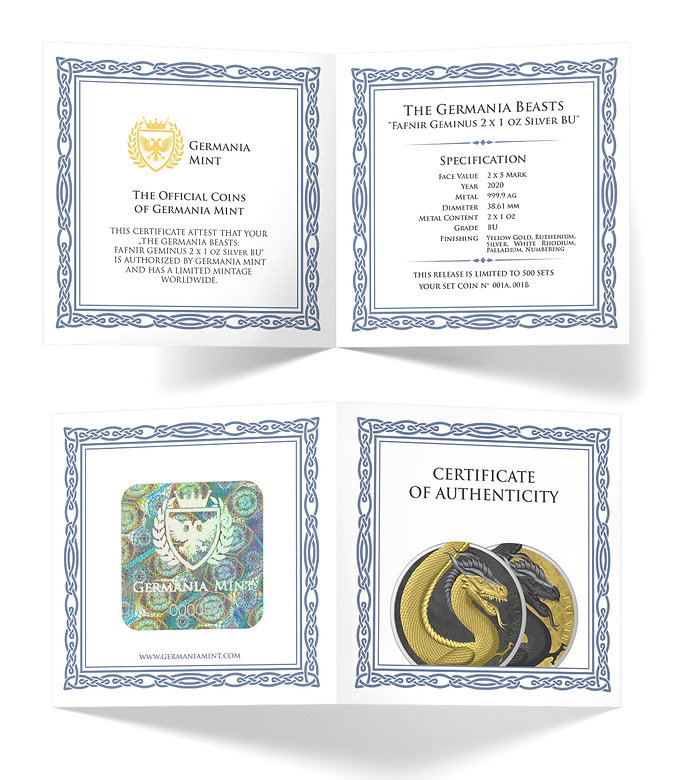 This is a pre-order item which will ship by late September.

A coin with unique design, where two separate Obverse and Reverse images create an integral picture.

Fafnir was wise and powerful and it’s the ancestor of today’s dragon image. The name of the dragon came to most European languages from Latin, which uses the word draco, derived from the Greek drakan – sharp-eyed. This lets us to believe the dragons were not only sinister but the very intelligent beasts.The mythology and legends are full of stories about dragons that are used to understand the world and teach important lessons. Fafnir is the dragon from Germanian mythology. He owned the great treasure of Andwari, which he fiercely defended. According to legends, consumption of his blood develops supernatural powers. Fafnir, as every dragon didn’t simply exist for his own sake but largely as a background for bold adventurers.

The coin design has been precisely planned and created by Natalia Danysz. The idea used in this project is very rare in Numismatic World before! Seemingly two separate displays compose integral part. The Fafnir’s visualisation has been created in the way, where two parts of its body placed on obverse and reverse of one coin create an image of a dragon’s body arranged in the infinity sign shape. To see this effect, coin needs to be flipped or two coins with Fafnir need to be placed, obverse & reverse, one above the other.

The integral part of coins from Germania series is the symbol of two-headed eagle. On Fafnir’s coins eagle is located on the reverse, encircled by dragon’s tail.

When creating remarkable designs of the highest quality coins, it is equally important to provide them with safe and elegant packaging. Every coin is packed in a dedicated capsule, individually designed for it. Made from the highest quality material in the shape of a lens, which makes the coin looks even more impressive.

All coins are certified. The COA included in each set provides all the necessary information and guarantees the coins value.